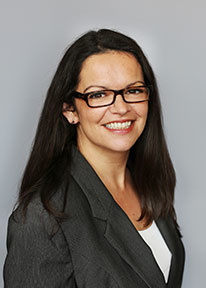 Written by Michelle Bowyer, Solicitor in our Family Team

The Government has announced this week that they plan a consultation on the prospect of no fault divorces.  I anticipate being a participant in that consultation as an accredited member of Resolution, a body which has been driving the campaign for the fault to be removed from divorce.

The Matrimonial Causes Act 1973 governs divorce and it requires, in absence of a period of 2 years separation by consent or 5 years without consent; the Petitioner for divorce to blame the Respondent for causing the irretrievable breakdown of the marriage.  The current law simply does not permit a party to end their marriage without placing blame unless they are willing to wait for the 2 or 5 year period of separation.

It is fair to say that sometimes one party is to blame for the marriage break down.  However, I have lost count of the number of clients who have told me that their relationship has run its course or they have simply fallen out of love with their spouse.  It is a frequent source of frustration to a consenting and intelligent adult that they cannot dissolve their marriage by citing that their relationship has simply reached its expiry date.

The outcome of this Government consultation will be significant in the development of UK matrimonial legislation.  It will either keep us where we are which is significant in itself given the wave of opinion for it to be updated; or it will experience an overhaul which could include the opportunity to divorce without playing the blame game.

In the meantime, a divorce petition needs to be carefully drafted so that it satisfies the court that the marriage has irretrievably broken down whilst trying to minimise the impact of placing blame on a potentially blameless spouse.

If you require advice with regard to your marriage breakdown, the family team at Bevirs can offer you expert guidance.