On 17th October, Nick Sewell was asked to attend the Calne Bike Meet AGM and Charity Presentation Event. The event was held at the Spice of Bengal in Calne where the two Charities, Free Wheelers and the Royal British Legion (Calne Branch), received their cheques.

Freewheelers were presented with a cheque for £4,333.00 which will help them continue to offer their motorcycle courier service. Freewheelers EVS is a registered charity, which offers an out of hours and free of charge courier service to the NHS. For more information about the service they provide please see their website https://www.freewheelers.org.uk/our-service/

The Royal British Legion were also presented with a cheque for £4,333.00 which will also help continue to run the Calne branch of RBL. For further information please see their website https://branches.britishlegion.org.uk/branches/c/calne

It was a real pleasure for Bevirs Law to be involved with the Bike Meet this year and to present these cheques to two very worthy charities was the icing on the cake! 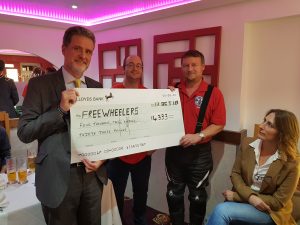 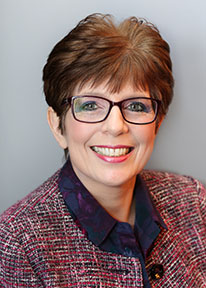 Yesterday ( 23rd October)  I attended a recital by a string quartet to celebrate the merger of the solicitor’s practice of David Jeacock with Bevirs Law.

The music was at times intoxicatingly beautiful and then utterly uplifting.

Ben Hughes, Professor of Cello and Orchestral studies at the Royal Academy of Music and Principal Cello of the BBC Concert Orchestra.

Daisy Spiers Principal Viola in Glyndebourne Touring Opera. She is a member of the prizewinning Wilhelm String Quartet.

It was a privilege to be part of the 30 strong audience of David Jeacock’s clients and professional colleagues at such an intimate recital to celebrate the merger.

Bevirs are looking forward to working with David’s clients and indeed with David who has agreed to be a consultant.

Such order essentially severs all financial ties between spouses at the end of their marriage and can be obtained by pursuing a financial remedy order once the divorce proceedings are up and running.

When considering how to divide assets of a marriage, the starting point is equality. The court will then reflect upon various statutory factors contained within The Matrimonial Causes Act 1973 when considering whether either party should receive more than 50%.

If you do not secure a clean break order at the end of your marriage you can be exposed to a future application for a financial remedy order at any time in the future (until your ex-spouses remarriage).

There have been high profile cases where the court has allowed and granted financial relief to an ex-spouse many years following the divorce and where one party’s financial position has deteriorated whilst the other has flourished.

If you do not secure a clean break order at the end of your divorce and you subsequently acquire property, you inherit or you win a sum of money; you may be at risk of your ex-spouse pursuing a claim against your new found wealth. Therefore such orders not only protect those with assets but those without.

For expert family law advice, please contact a member of the team at Bevirs Law.

A prenuptial agreement is a written contract entered in to before marriage which sets out ownership of assets (money, property, land) and defines how the assets should be divided in the event of a marriage breakdown.

Since the ground breaking case of Radmacher in 2010, prenuptial agreements have been afforded significant weight by the courts.

Is a prenuptial agreement for you?

If you have recovered assets from a former marriage or you have received an inheritance which you want to preserve for your own children, or you simply wish to safeguard savings or a future inheritance then a prenuptial agreement will be appropriate for you.

You may also simply want to exercise control over division of assets in the event of a marriage breakdown. This is so much easier to discuss at the beginning of a relationship than at the end.

If any of these factors are missing, this may give a dissenting spouse the opportunity to argue against the agreement being upheld.

We have a specialist family team at Bevirs Law and we can advise you in relation to both prenuptial and post nuptial agreements as well as cohabitee agreements.

Stuart McNeil, Partner at Bevirs, talks settlements agreements and why it’s so important to get independent legal advice.

A settlement agreement is a voluntary, legally binding, way to bring employment to an end on agreed terms. It’s a way of achieving a clean break and for you to receive compensation for any potential claims you may have, in exchange for agreeing to drop the right to bring any future claims against your employer.

We can offer you, specialist, legal advice and guide you through the negotiations with your employer to reach an outcome that will safeguard your interests.

The costs involved are usually payable by your employer, at least in part, but most often in full.

If you require any advice on the above subject then please contact Stuart McNeil on 01793 532363.

The Silly Season for news, in general, did not happen this year – what with:

(e)          regular news from over the water concerning Donald Trump.

The Silly Season in matters property did happen, as not only I, but most of the people in the property world disappeared for their holidays.  Me, I went with the family to Brittany.  What more can man ask but to be on holiday with family including young grandchildren, a 2.5 km beach of sand, a sleepy French holiday resort, French food, and French wine – not much in my book.

The holidays, combined with the uncertainty as to the future of the pound and whether or not we will be in Europe and, if so, on what terms has definitely made people more cautious in the property market.  The deals are taking a little longer than usual to bring to conclusion.  That is usually occasioned by some corporate finance director redoing his figures.  The residential conveyancers are reporting a slow-down in the market, particularly in London.  There appear to be many sellers but not many buyers.  Those buyers that do exist are quite particular.

So, you may ask, where is all this preamble leading?  What with being on the beach and now only a sensible amount of work-load on the desk I have been thinking about the ways in which the country can build much needed new housing and at a quicker pace.  There are various schemes that are in place or being proposed.  The Government Infrastructure Scheme for one.  However, none of the schemes deal with one of the major problems in getting a planning permission.  The major problem arises in the granting of the planning permission.  The Local Authority passes a planning resolution that requires a Section 106 Agreement to be concluded prior to the actual grant of the planning permission.  Here is the problem.  Unless the developer is able to accept a local planning authority’s standard Section 106 Agreement, which is rare, negotiations will take anything from six months up to (in extreme cases) two years.  Why is that?  In my view, there are two reasons.  The first is that for some time now the legal teams of various local planning authorities have to treat each of the departments with which they have to liaise as clients and are, therefore, led instead of leading.  The second is lack of personnel and the fact that those who are employed by the local planning authority are under significant pressure.  Several of the personnel are showing the classic signs of pressure.  Is there a resolution to this problem?  The answer to that is yes, but it requires the local authorities being able to recruit more personnel.  That will require an increase in the overall budget and an increase in the amount of wages paid to each individual.  Do I see any prospects of a change in this situation?  The answer to that is ‘no’ because I do not see the present government having the inclination to release more funds to local authorities.  In fact I see the opposite.  Additionally, if the next couple of years produce the economic uncertainty that both Remainers and Brexiteers seem now to accept, I cannot see even a changed government, and one on the Left, actually being able to raise the funds without putting further downward pressure on the economy.

Michelle Bowyer, Solicitor in our Family Team, summarises the planned option for heterosexual couples to be able to enter into a civil partnership.

The Government has announced plans to give heterosexual couples the option to enter in to a civil partnership. This proposal follows the Supreme Court ruling in June 2018 which found that the Civil Partnership Act 2004 was incompatible with the European Convention on Human Rights.

The Civil Partnership Act 2004 provided for same sex couples to form a legal union whereby they shared the same financial rights and benefits of a married couple without entering into marriage. This was followed by the Marriage (Same Sex Couples) Act 2013 which legalised marriage for same sex couples.

This issue also highlights the common misconception that cohabiting couples benefit from legal protection. They do not. There is no such thing as “common law” spouse and the only way to secure legal and financial protection is by way of marriage or by entering in to a civil partnership.

It also highlights the fact that Family Solicitors not only assist parties at the end of their relationship but also at the beginning. We can produce Cohabitation agreements and prenuptial/post nuptial agreements which can serve to protect both parties in the event of their union breaking down at a later stage.

For advice on all family related matters, please contact our specialised team at Bevirs Law.