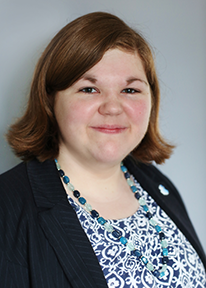 Congratulations to Emily Bourne, another one of our Trainees who passed her recent exam. Emily only had one module left which she passed with flying colours.

In October Emily will graduate and become a graduate member of CILEx. Emily will then enter her final year of qualifying employment before she can qualify to become a fellow of CILEx and at that point will be a fully qualified chartered legal executive.

Well done from all of us at Bevirs Emily, we are very proud of you. 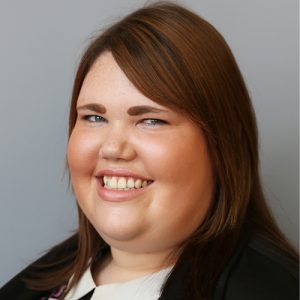 Emily is due to take her contract law exam in January and will then have 2 years of qualifying employment left. 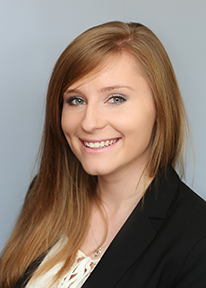 Congratulations to Michelle Godwin for passing both her Tort Law exam and also the legal research coursework unit.

Michelle has now completed the CILEx course and has achieved a level 6 Diploma in Law and Practice. Michelle is now a graduate member of CILEx.

Well done from everyone at Bevirs. We are very lucky to have you.

Long Leases on Houses the Law of Unintended Consequences

When Wimpey and some other developers hit upon the idea of creating long leasehold interests of houses, as distinct from flats, with some nasty provisions such as doubling of ground-rents,  I wonder  if  they  realised the ripples that this would create throughout the housing market.  The justification for this is that as the purchaser did not buy the land on which the house built it was more affordable.  The more cynical of us think this had to do with the ability of developers to then sell the freehold reversion thereby acquiring some more capital value. There are justifications for creating long leaseholds of houses where, for example, there are common areas which need to be maintained in the future by a single body.  There are other ways of skinning that cat without creating long leaseholds of houses.

The problems arose when the freehold interest in those properties was sold to investors in the freehold reversion market.  For whatever reason some of the purchasers of such freehold reversions seem to fall into the most avaricious of such investors.   The purchasers of such houses then found that they were being charged not inconsiderable sums for adding such things as conservatories to their houses or erecting garden sheds.  Then came to light the fact that the ground rents, over a period of time, would increase substantially.  That effectively made the sale of such houses impossible.  As an aside, I do not understand why this doubling of ground rent was not pointed out to the purchasers by their solicitors and suspect that there are now some solicitors who are looking searchingly at their negligence policies.

There were two results in that the responsible developers have set up funds to deal with either the variation of the lease or, indeed, the potential repurchase of the freehold reversions.  The other consequence is that the government investigated the issue and has produced a paper headed “Tackling Unfair Practices In The Leasehold Market “ which, for those interested in this issue, is worthy of study.  The government has promised action on the matter but given the present issues before the government I doubt that this will be produced for some time – if at all.  If the government falls and the labour party forms a new administration then such legislation may well be introduced but who knows when and what.  That has created ripples concerning the house market and has also affected the sale of flats.  For many years there has been an active market in the sale of freeholds subject to long leases – known as freehold reversions.  There are some who invest in that market who are only interested in extracting the maximum return from their investment and will use legal, but what might be classified as ‘sharp’, practices to achieve their ends.  There are others who invest in that market who act responsibly, achieve a sensible return on their investment whilst acting fairly and properly to the owners of the leases.  I mention this because some of the issues that have been raised in respect of long leases of houses are now being considered in respect of long leases of flats. The effect is  that sales of some  flats are not progressing either because mortgagees will not lend  or purchasers are being advised against those leases.  The ultimate effect of all this could be that the market in freehold reversions will collapse which, in time, could mean that blocks of flats are not properly maintained. That is which is to the disadvantage of the lessees and may lead to  a reduction in value.  I appreciate that that is a Doomsday scenario and usually such issues are resolved without Armageddon occurring, but I can foresee that the market in flats on long leases and the sale of freehold reversions will, as they say, go through interesting times.  That usually means a period of uncertainty and difficulty. As an aside I think that  many advisers  are over reacting  but we do have to deal with the over reaction.

Perhaps a concluding example will best highlight the issues.  The example, I am afraid, is of a technical nature.  One has to assume in this example that the ground rent payable under the lease either is or will increase beyond £1,000 a year in London and £250 a year elsewhere.  If that occurs the lease, unintentionally, becomes an assured tenancy which means that it is subject of what is known as Ground 8.  Ground 8 is a ground for possession by the landlord  where rent has not been paid.  The problem with Ground 8 is that it is mandatory where, at the time that the landlord notifies the tenant of the arrears there is, in the case of a long lease, at least three months’ rent outstanding and that that position is still in existence at the time of any Court proceedings.  In those circumstances the Court must grant possession.  That is of serious concern to any potential mortgagee who can see that its security could disappear.  Whilst there are some practical solutions to the issues, the theoretical risk is causing ripples in the market place. One solution is for the mortgagee to pay the arrears and add that some to the amount owed.

If you are an investor in freehold reversions, now is probably the time to give yourself an Away Day to consider your strategy. If you are the owner of a long lease who might be going to wish to sell the lease within the next couple of years, now is the time to talk to your solicitor to see what can be done.