Many people dream of living in an old barn or redundant farm building and, indeed, they can make very stylish properties. There are practical problems. For example in respect of converted barns and the area that retains its full height, how does one change the lightbulbs in the ceiling or clean those high exposed beams? What about dusting?

However, taking on a conversion is frequently more complicated than many people realise and should not be undertaken by the faint-hearted or those without deep pockets. There are many pitfalls. The most significant is that, unless care is taken, the planning permission for the conversion can easily become unenforceable. The circumstances in which that arises often occur during the early stages of the build. Not infrequently, as the build work progresses, the builder will discover that the structure of the building is in a worse condition that was originally anticipated with the only result being the whole of the building has to be removed. Therein lies the problem. The planning permission will normally refer to a conversion and not to the building’s total demolition. If the building is demolished then there are various planning inspector’s decisions which state that the demolished building can no longer be converted. That is on the principle that you cannot convert something that no longer exists. The sad situation is then that the planning permission is no longer useable. Depending on where the building is situated there is no guarantee that a planning permission for a new building will be granted. I appreciate that logically one might think that if an application was made to build a new building exactly the same as that which was covered by the permission granting conversion then there should be no reason why the permission should not be forthcoming. That is not the case because whilst a planning authority might be prepared to grant a conversion of a redundant building it looks differently on an application for a brand new building.

How do you avoid falling into that expensive trap? My advice is that unless you are experienced in planning and construction, the first step is to employ a project manager who’s brief will be not only to oversee the building works but also to ensure compliance with the planning permission throughout the project. That is both in respect of the very fundamental issue of conversion but also in the points of detail on obligations that might be imposed and need to be fulfilled before either the building works commence or at various stages in the process.

Having employed a good project manager then a good quality and experienced builder should be employed. The building contract should provide that the builder will comply not only with Building Control regulations but also with the planning obligations.

I have already referred to the fact that those who are involved in conversions need deep pockets. The reason for this is that frequently, as the project proceeds, unforeseen difficulties occur which involve additional expense. Therefore the contingency budget in relation to such projects should be substantial. The risk of unforeseen matters can be substantially reduced by proper surveys being undertaken in respect of the building – particularly in relation to potential foundations and roof structure and the load bearing capacity of walls.

This blog applies to any conversion but I surmise that the majority of the problems arise in respect of redundant farm buildings or barns because these are frequently in areas where the local planning authority would not accept an application for a new dwelling.

If you have got into the unfortunate situation of having lost the planning permission, is there anything that can be done? The first thing is to consider whether there is any realistic prospect of being granted a new permission to carry out the construction of a building that would have been constructed if the conversion had proceeded. As I have indicated, there is no guarantee that such application will be successful although planning issues can be overridden if the applicant is able to establish severe financial hardship. That is a point that can but not must be taken into consideration by a planning inspector.

The other point to consider is whether any of the professionals or builder that you have used have failed in their duty of care and may be liable for a claim for damages. Unless the instructions to the professionals were clear and in writing the case will be difficult to pursue. In pointing out the pitfalls I am not trying to dissuade people from converting redundant buildings into dwellings as not only do they provide living space, they frequently provide attractive living space that enhances a local area. All I am doing is giving pointers to ensure that the dream does not turn into an expensive nightmare. 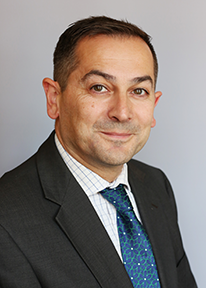 The Court of Appeal recently handed down a decision that a local authority did not owe users of the highway a duty of care in respect of overgrowing vegetation on land at a junction, which affected visibility when emerging from a minor to major road.

The brief facts were that a car driver had struck a cyclist as the car emerged from a minor road to the cyclist’s left. The cyclist sustained serious injuries and although the car driver denied responsibility for the accident and alleged that the cyclist was to some degree responsible, the car driver sought a contribution from the relevant local authority arguing that his visibility at the junction was severely restricted by the presence of vegetation.

However, the Court found that the principle of liability for negligence in creating dangers to users of the highway related only to dangers actually on the highway, and not to possible dangers on land next to the highway.

The Court found other cases referred to by the parties did not apply to the particular circumstances of this case, and therefore were required to reach a decision by developing the law using already established principles.

The Court found that it would not be just or reasonable to impose a duty in this particular situation. The Court accepted the submission made by the local authority that the imposition of the duty on owners of land to ensure that vegetation in their fields and gardens did not affect sight lines on neighbouring highways would be very onerous and have far reaching consequences.

Farmers would need to consider visibility on the highway when deciding where to plant crops, hedges and trees and when to harvest, prune or fell them.

Similar issues would arise in relation to, for example, the planting of shrubs, hedges or trees in urban or suburban gardens.

Furthermore, whilst the present case concerned vegetation, the principle could extend to the erection of buildings, fences and other structures that might affect visibility on the highway.

Another important consideration for the Court was that the road network is imperfect and drivers must take it as they find it.

The Court was also concerned that if a duty of care was found to exist it might lead to an increase in claims by drivers’ insurers for contributions from owners of land adjacent to the highway in cases where visibility was an issue, and a growth in the business of expert advice provided to land owners on the implications of vegetation and structures on their land for visibility on the adjoining road network. The Court felt those would be potentially serious and costly consequences for very little practical gain.

The upshot of this decision is the court’s reluctance to extend the duty that would have far reaching consequences for local authorities and land owners alike. 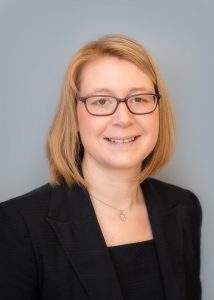 Since 2010, I have worked in both private practice and as a Solicitor in-house for a Local Authority. I am an experienced Solicitor and provide advice, assistance and representation to clients in cases involving a variety of children law matters:

Public Law Children Act matters – where the Local Authority have started Court Proceedings or have initiated the Child Protection or Pre-Proceedings Process; and

Private Law Children Act matters – which concern where and with whom a child is to live or who a child is to spend time with as well as other disputes that arise between parents and family members relating to key decisions concerning a child.

I act for parents, grand-parents or the child(ren) either separately or through their Children’s Guardian. I am frequently instructed in complex cases involving suspected non-accidental injury, cases where clients lack capacity and require the Official Solicitor or a Litigation Friend and cases involving international or jurisdictional issues.

I provide clear and concise legal advice at what I appreciate and understand is a difficult and emotional time in people’s lives.

Presumably, as part of the Government’s concerns about the housing shortage, changes have been made to the Town and Country Planning (General Permitted Development) (England) (Amendment) Order 2008 SI2018/343 Class Q in respect of former agricultural buildings and barns being converted to dwellings.

Essentially, the number of dwellinghouses that can now be constructed to replace agricultural buildings and barns has been increased so that there can be up to:

(a) 3 larger dwellinghouses with accumulative floor-space of no more than 465 square metres;

(b) 5 smaller dwellinghouses each with no more than 100 square metres.

This relaxation has to be considered with any development carried out under the old Class Q so that both of the following must be fulfilled:

(a) Larger dwellinghouses must not exceed more than 465 square metres of floor-space;

(b) The total number of separate dwellinghouses must not exceed 5.

What is a larger and a smaller dwellinghouse?

A larger dwellinghouse is one with accumulative floor-space of no more than 465 square metres.

A smaller dwellinghouse is one which is no larger than 100 square metres.

Whilst all this is good news for those wanting to undertake barn conversions or to develop redundant buildings, there are still hurdles to overcome. Not the least hurdle is the reluctance of many local Planning Authorities to see development under Class Q. This is seen as a method of circumventing the ordinary planning process which can potentially result in planning permissions being granted for development in areas which the local Planning Authority does not want to be seen to be developed. For example, otherwise open countryside.

Another hurdle is the suitability of the barn or redundant farm building for conversion. On this and the other aspects of the Class Q application for development, expert advice should always be sought and the application properly presented to increase the likelihood of a successful application.

However, for those who think that using redundant farm buildings for dwellings is a way of putting life back into rural areas the new class is good news.